Genius uses cookies to ensure you get the best experience on our website. By continuing to browse the site you are agreeing to our use of cookies. Find out more.

Welcome to our blog

We're always up to something new or other. Join us every exciting step of the way.

Come Dine with Me...

...… but not if you have a dietary requirement! 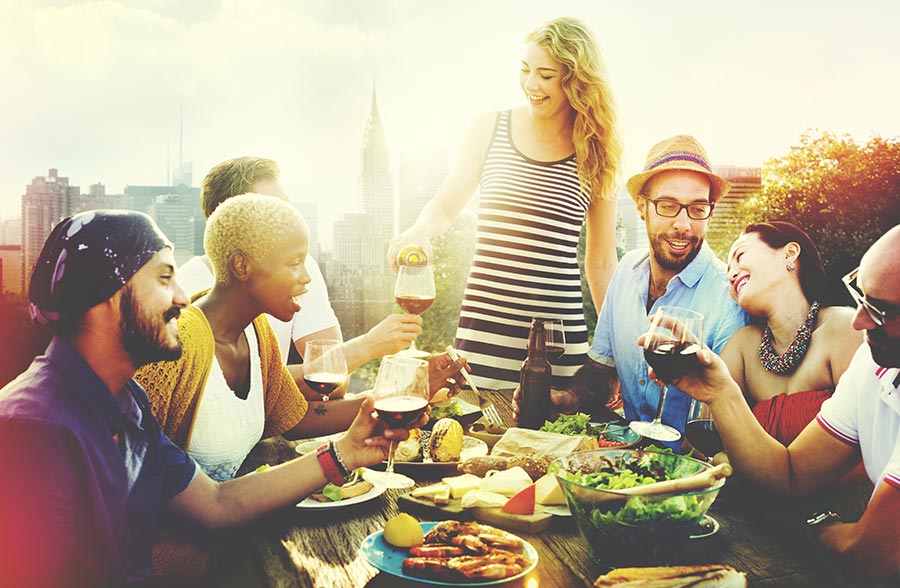 Over 80% of people wouldn’t know where to start when catering for someone who avoids gluten.

Over 10 MILLION Brits now have specific dietary needs, but new research we have undertaken reveals the nation’s knowledge and acceptance of this change has some way to go, with many people excluded from social occasions as a result of their dietary requirements.

Commissioned in support of Coeliac Awareness Week, which starts today, our research shows that almost 40% of Brits confess that they don’t know how to cook for people who are vegetarian, 57% are clueless about catering for someone with a nut allergy and over 80% wouldn’t know where to start when preparing food for someone who avoids gluten.

What’s more, those with dietary requirements are finding themselves left off the invitation list, with nearly a fifth of Brits (18%) admitting they would deliberately avoid inviting a friend or family member with a specific dietary requirement to certain social occasions, such as a wedding, christening or Christmas dinner.

According to the study of over 2,000 adults, 5% of us have refused to cook or purposefully avoided cooking for a friend or family member with a specific dietary requirement or food allergy, with over a third (37%) fearing causing them health problems. A similar number see it as an inconvenience, 28% say they lack the culinary knowledge and an additional 25% believe it would spoil the food for everyone else.

As a result, over half (56%) of those living with a dietary requirement have been excluded from a social occasion at least once in the past six months.

Even the lucky few that do get an invitation may find themselves with rumbling stomachs – over HALF of those with dietary requirements admitted to being forced to go hungry at a social event after their dietary needs were not met, and 33% took their own food knowing they would be famished otherwise.

But, in true British style, nearly a fifth (17%) admitted saving their hosts blushes by pretending to eat their meal, and instead offering it to a friend or partner.

Lucinda Bruce-Gardyne, founder of Genius Gluten Free, comments on the findings: “It’s shocking to see how frequently people find themselves excluded from important events with their friends and family due to their dietary requirements. With the advancements in diagnosis for conditions such as coeliac disease, the number of people with dietary requirements is rising. However, everyone should be able to enjoy great tasting food, regardless of their dietary needs. As a nation, we need to open our minds, brush up on our culinary skills and embrace this change.”

And it seems we’re still to agree on the etiquette of dietary-requirement-dining. Over a quarter (27%) of people believe dinner guests with dietary requirements should offer to bring their own food, or foot the bill (19%) if their dietary requirement has meant eating at a specific restaurant.

What’s more, those with dietary requirements are deliberately avoiding situations where their dietary needs will need to be met, with over HALF (51%) having avoided parties, leaving dos and meals out, and nearly a quarter (24%), avoiding going on holiday.

This year, for the first time, The Allergy and Free From Show paired up with International Green Week in Berlin, to create one of the biggest consumer fairs for allergen-free foods and products that has ever taken place in Germany
Discover more